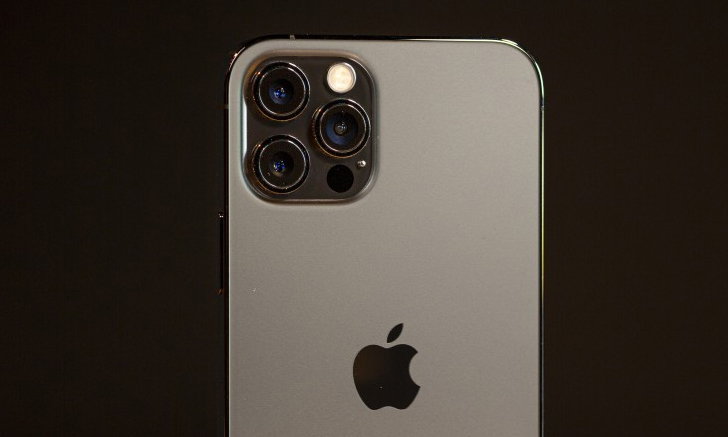 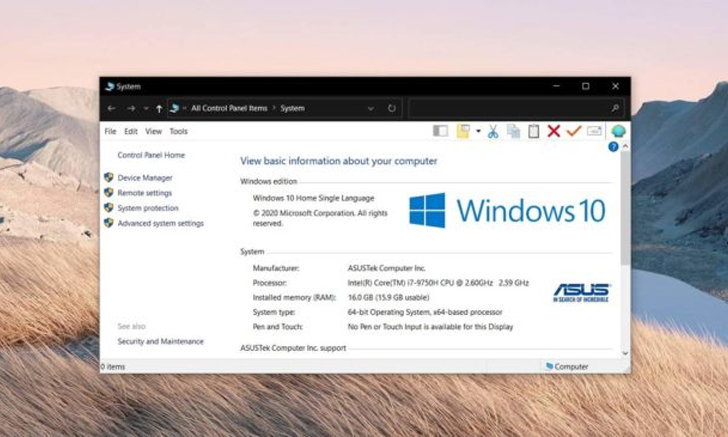 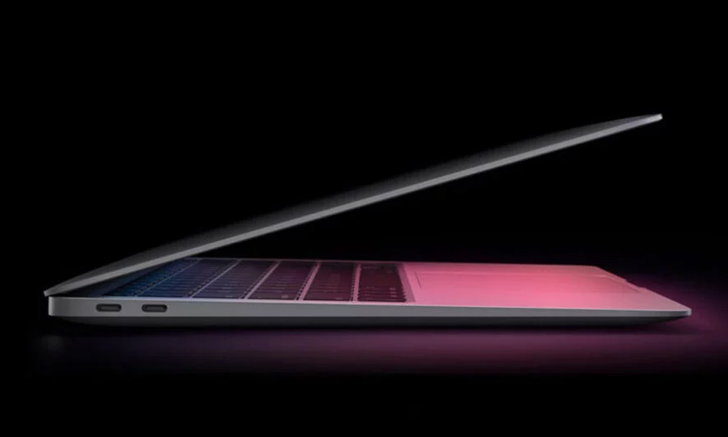 20 BEST SPACE GAME ON PC
Leave boring old Earth behind and travel to the farthest reaches of the universe—and beyond in these, the PC’s greatest space games.

The Dig
Year 1995 |Developer LucasArts
The LucasArts point-and-click adventure that everyone forgets about. A mission to divert an asteroid heading for Earth goes awry, sending a group of astronauts to a distant, seemingly abandoned, world. Some of the puzzles are maddeningly obtuse, even for a LucasArts game, but its colorful, strange planet feels genuinely alien. Great voice acting too, with X-Files and Terminator star Robert Patrick playing the lead.

Homeworld Remastered Collection
Year 2015 |Developer Relic/Gearbox Software
One of the best singleplayer RTS campaigns ever, beautifully remastered by Gearbox. The sight of thousands of your ships streaking across the game’s vividly colorful space-scapes is majestic. Its battles are tense and tactical, featuring many types of ship to command, including some colossal battleships. The Remastered Collection looks great on modern PCs and comes with the original Homeworld and its sequel.

Lunar Flight
Year 2012 |Developer Shovsoft
This modern take on classic arcade game Lunar Lander is a unique, challenging low-gravity flight simulator. It’s not as deep as some sims, but wrestling with its physics to deliver cargo and make landings on alien worlds is an enjoyable process. It’s also one of the best games to play with a VR headset, if you’re lucky enough to have one.

Space Engineers
Year 2013 |Developer Keen Software House
Minecraft in space, basically. Harvest asteroids for building materials then craft them into floating bases and flyable spaceships. You can hover around with a jetpack or build a gravity generator to walk on the surface of bigger asteroids. One of the best co-op build-’em-ups on PC, and new features are being added regularly.

EVE Online
Year 2003 |Developer CCP Games
Live another life—in space! There’s nothing else like EVE Online, the massively multiplayer RPG where everything is controlled by players. It’s a living, breathing galaxy in which thousands of capsuleers fight, trade, mine, and explore together. Break away from the relative safety of your policepatrolled starting system and you’ll find a ruthless, cosmic Wild West, where piracy, espionage and scamming are rife. Whether you’re fighting in a massive space war, where thousands of real-world dollars hang in the balance, or just exploring New Eden on your own, EVE is unforgettable.

Elite: Dangerous
Year 2014 |Developer Frontier Developments
An entire galaxy is your playground in this massive, beautiful space sim. Starting with a basic ship and a handful of credits, it’s up to you to shape your own destiny. Do you become a fearsome pirate? A master trader? An explorer? The beauty of Elite: Dangerous is being able to play in a way that suits you. From thrilling dogfights to gentle exploration, there’s something for everyone. Its ships are a dream to fly, from nimble fighters to heavy cargo haulers, especially with a flight stick.

Star Wars: TIE Fighter
Year 1994 |Developer Totally Games
A rare opportunity to be the bad guy in George Lucas’s space opera. With a variety of Empire-themed missions—dogfights, escorts, attacking capital ships—and a story to follow, it’s one of LucasArts’s best Star Wars games. Replace this entry with Star Wars: X-Wing if you’d prefer to play as the boring old Rebel Alliance. The best thing about this entire crop of Star Wars space sims is that they’ve all resurfaced to buy on GOG.com, compatible with modern systems.

FTL: Faster Than Light
Year 2012 |Developer Subset Games
FTL mixes turn-based and real-time strategy together to capture the experience of captaining a Star Trek-style spacecraft. It’s a strong roguelike, too, with the backdrop of a familiar yet fun sci-fi universe that comes with its own semi-humorous lore and a neat set of narrative beats that make the journey to its finale exciting every time. Being able to name your ship and crew makes it all the more heartbreaking when they die together in enemy space.

Wing Commander:Privateer
Year 1993 |Developer Origin Systems
Fans of the series will argue endlessly about which Wing Commander is the best, but we love Privateer’s darker feel. It’s a rich sandbox in which you can be a mercenary, a pirate, a merchant, or a mix of all three. You jump between systems looking for bounties to hunt and ships to rob, and the first-person dogfights are a thrill. There’s a linear story, but the real joy lies in doing your own thing.

Kerbal Space Program
Year 2015 |Developer Squad
W restle with gravity and the laws of physics as you build your own spacecraft and attempt to explore the cosmos. A robust, compelling sandbox of possibilities that’s as funny as it is  clever. Escaping Kerbin’s atmosphere and landing on the Mun for the first time with a ship you’ve built is about as satisfying as PC gaming gets.

Take On Mars
Year 2013 |Developer Bohemia Interactive
If you like your space games a little more grounded, try Arma developer Bohemia’s Take On Mars. It’s a space exploration simulator based on real astro-science. You can build a Curiositystyle rover and explore the surface of the red planet or construct your own moonbase. A game for people who want the sci without the fi.

Sins of a Solar Empire
Year 2008 |Developer Ironclad Games
Mixing real-time strategy with 4X elements, Sins is a game of galactic conquest. Choose a faction, gather resources and become a mighty space-lord. Commanding its real-time wars is a thrill, but combat isn’t always the answer: you can use diplomacy to conquer systems too. A refreshingly slow-paced RTS with some truly massive space battles.

Universe Sandbox
Year 2011 |Developer Giant Army
This space simulator lets you play god and manipulate replicas of real galaxies and solar systems, and witness the (often catastrophic) results of your cosmic meddling. Increase the mass of Jupiter and you’ll see the rest of our solar system being sucked into it, or delete the Sun and watch Earth and the other planets drift away confused. A sequel, Universe Sandbox 2, recently arrived on Steam Early Access.

Galactic Civilizations II
Year 2006 |Developer Stardock
Conquer space with an army of customizable ships. Thanks to its smart, creative AI, a full-size game can take many exciting weeks to complete. You have to balance economic, technological, diplomatic, cultural and military power to forge alliances, engage in battles, and dominate the galaxy. Similar to the Civilization series, certainly, but on a much grander scale.

Artemis: Spaceship Bridge Simulator
Year 2013 |Developer Thom Robertson
You’ll need a group of three to six friends to get the most out of this one. Each player controls a different station of a starship—engineering, weapons, helm and so on—and must work together to destroy enemies, with a captain giving orders. It’s basically like staging a Kobayashi Maru test in your living room, and it’s amazing.

Flotilla
Year 2010 |Developer Blendo Games
This turn-based strategy game by prolific indie studio Blendo (Thirty Flights of Loving, Gravity Bone) plays out in 30-second bursts. Queue up your orders, then watch the action unfold until one side is completely obliterated. With a relaxing classical score, including Chopin’s Raindrop Prelude, and a stylish, curiously colorful art style, it’s one of the more offbeat games on our list. Flotilla also features psychic advisor dogs—there’s a strong sense of humor at work here.

SpaceEngine
Year 2010 |Developer Vladimir Romanyuk
Do you like feeling small and insignificant? Do you enjoy having existential crises? Then play SpaceEngine, which features the entire universe. Or at least the bit we know about. Focus on Earth, then pull back at top speed, and you realize you’re on a tiny speck of dust hurtling through an endless void. The tech is remarkable, enabling you to travel effortlessly between galaxies and land on planets, even if there’s not a lot else to do.

Mass Effect 2
Year 2010 |Developer BioWare
If you’ve ever fantasized about being Captain Kirk, in command of your own starship, exploring the galaxy, meeting weird aliens, being confronted with cosmic dilemmas, Mass Effect 2 is that in game form. It’s part Star Wars space opera, part brilliant Star Trek episode, and one of the best sci-fi games on PC. It doesn’t have the freedom of Elite and is largely a linear experience, but it takes you on an unforgettable journey around the galaxy, visiting bizarre planets and getting involved in the lives of the people who live on them. We love the whole series, but Mass Effect 2 is our favorite.